We have a special promotional deal for Tin Top fans!

The last two pdf issues are available with a promotional code – btcc – bringing their prices down from £2.00 each to 50p each. We’re also offering issues 3 to7 in one pdf for £3 instead of £6.

Issue 9 of Motor Racing UK featuring a nine page interview with BTCC Jake Hill and we say farewell to Mark Blundell as a driver as he makes the move to running his own team. Away from touring cars Sam McKee looks at why club racers hit the track, we look at five club and national championships that are worth heading to the track to see in person and much more.

Issue 8 features a 10 page Tom Oliphant interview and an interview with Tom Ingram. Away from the BTCC we look at the new Brabham in Britcar, the VW Racing Cup and more.

In the 258 pages of issues 3-7 there are in depth interviews with BTCC hopeful and fan favourite Max Coates, former BTCC racer Stewart lines talks about the TCT, we talk to James Turkington and Henry Neal about using the championship as a stepping stone to the BTCC. Adam Morgan talks racing classic cars and there is round by round reviews. 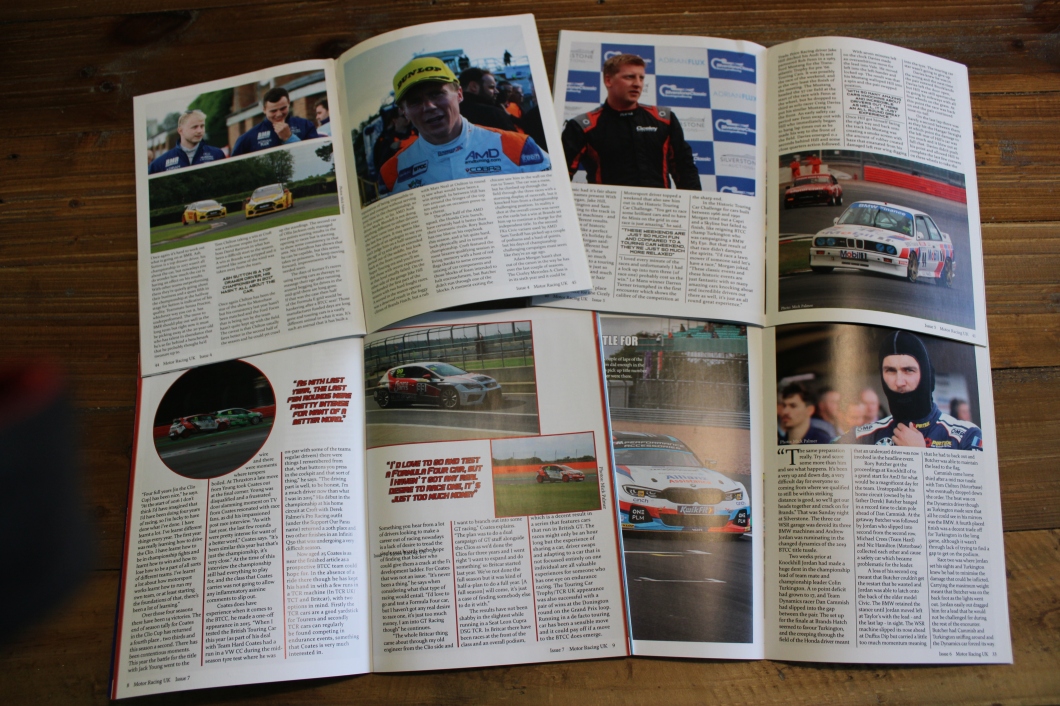 Also in issues 3 to 7 there coverage and features on British GT and British F3 and features on club championships such as Focus Cup, Armed Forces Racing Challenge, lots of advice from Sam McKee of McKee Motorsport  about getting into racing, racing in Jags, The Civic Cup, The Hyundai Coupe cup and loads more.

And don’t forget, The Motor Racing UK Touring Car Review 2019 book is due next month. A4 100+ pages with tons of pages.